Do you remember about a colorful series of cartoons in the typical style of Japanese anime about a schoolgirl and her friends who have magical powers and fight the forces of evil. If you have heard of a colorful series with sorceresses in mini-skirts, you will probably understand where Play’n GO got the inspiration for developing Moon Princess slot machine.

This is a colorful 20-line slot that everyone can play on all mobile devices. It has a 5×5 playing grid and a minimum bet of 0.20 quids per spin. In every winning combination, you can get Free spins leading to more gifts and payouts, especially, with RTP of 96%.

In the Moon Princess slot, 4 different pendants land, as well as a Wild symbol. It forms sequences on its own and replaces unsuccessful symbols to form more winning combinations. There is a bonus round called the Princess Trinity that means every user has a chance to hit the jackpot and get the winnings.

Here the customers can try out a demo mode of the Moon Princess video slot. This means they do not have to make real-money bets, but they get free credits to test the game. Moreover, people will learn all the features, rules, special symbols, and other details.

Moon Princess is a great slot machine about three young moon sorceresses from the Play’n GO developer. As you understood, this is a 5-reel game with 20 pay lines, which is played on a 5×5 grid with a minimum bet of 0.20 eur per spin on all compatible devices.

In 1992, the first volume of the Sailor Moon manga was presented in Japan, which tells about a team of sorceresses. After some time, cartoons, musicals began to appear on these stories, and now the turn has come to online slots.

Having opened the Moon Princess slot, you will see a lilac background that looks like the sky, this is where the game reels are located. Throughout the game, three princesses Love, Star and Storm will appear to the right of the playing field.

On the left side, you can see the size of the multiplier, which increases each successive combination, as well as the counter being filled. Three girls are the main symbols in the game. By the way, there are four mystical symbols. Full moon is a wild used to replace other images.

The free spin feature is activated if you completely clear the game screen and then to activate the draw game, you will be asked to choose one of three options listed below: 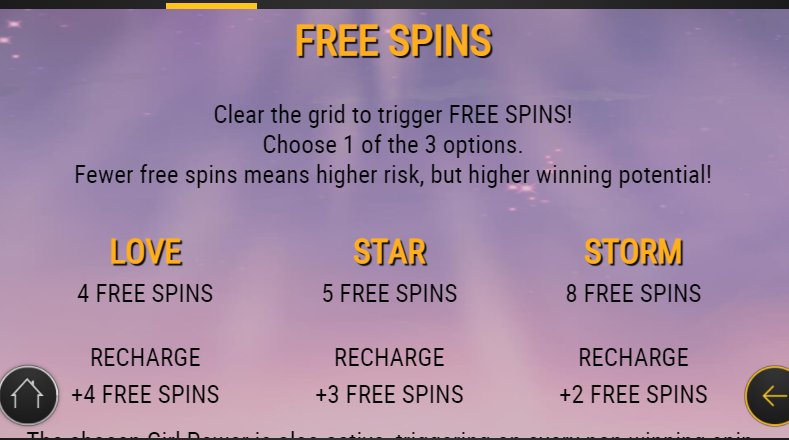 As we already said, the full moon image which plays the role of the wild symbol will help the player complete the combination and get some potential winnings due to the ability to substitute for other types of icons. The wild symbol replaces other symbols with an increased multiplier up to x20. 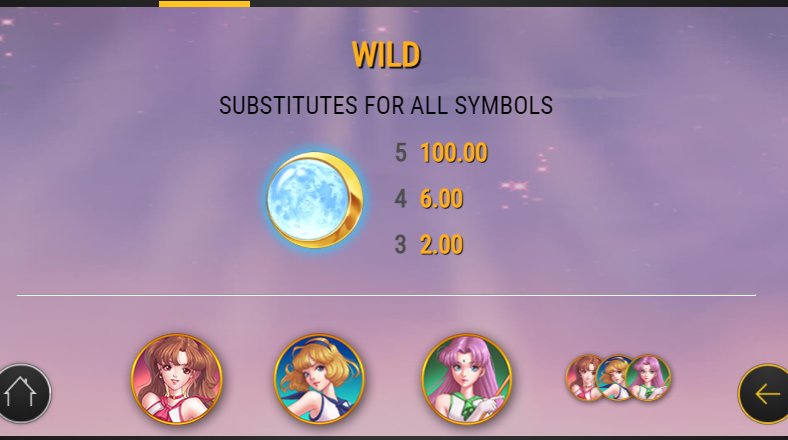 The Growing Multiplier within Free Spin round is not reset and can reach the same x20! The retrigger is launched when the counter is filled (as in the main game for drawing lines with the Princesses), total extra spins can get up to 20.

If you manage to clear the entire playing field, another x100 is added to a player’s win. Despite the apparent difficulty to gain Free Spins, the slot machine spits them out quite often, so it can easily pile x1,000.

Girls Power is a kind of bonus round in the Moon Princess slot game. Super abilities of the main characters are revealed if a random round of bet did not bring a win, after that the following actions occur: 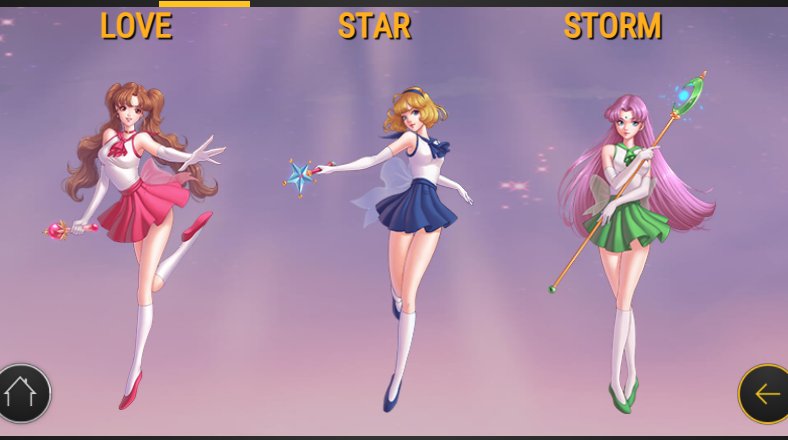 Trinity Princess. The second surprise for the players will be a three princesses mode, which becomes available after filling the counter in three sections. According to its conditions, the player gets the right to play 1 free round with the participation of all three princesses. 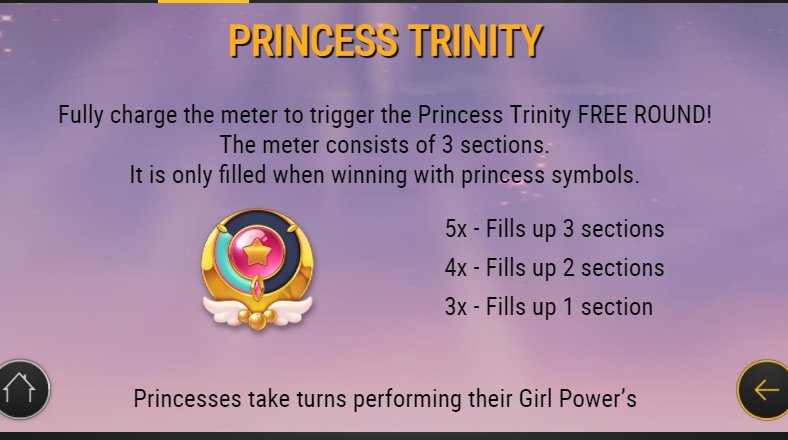 Moon Princess slot machine has a rich set of features and ways to win that will not allow gamblers to get bored during bets and is guaranteed to bring major victories. The bonus deserves special attention in this game because here the girls’ superpowers remain active on an ongoing basis. By the way, energetic electronic music and superb graphics bring a lot of enthusiasm to keep playing the slot.