Once upon a time in the modern Japanese city evil monsters appear. According to ancient legend, monsters that frighten people are called Kaiju. A lot of thematic comics have been created about them, and now they have moved to the plots of slot machines.

The Kaiju slot machine dedicated to the story of saving the world is created by ELK Studios. The plot is about an Android girl who plays the role of a superhero fighting monsters thanks to the work of a nuclear reactor and gaining crystals to reduce monsters’ power.

Kaiju is a futuristic slot with stunning graphics and a custom game structure from ELK Studios. When playing Kaiju slot for free, you immediately pay attention to the mind-blowing design in a futuristic style and a kind of game transformation, where a winning combination activates additional wild symbols, expanding the playing field.

The playing field is translucent, it is not divided into lines and cells. The game tells us about the era of the computer technology development that is emphasized by the original soundtrack. Claimed RTP reaches 96.3%. 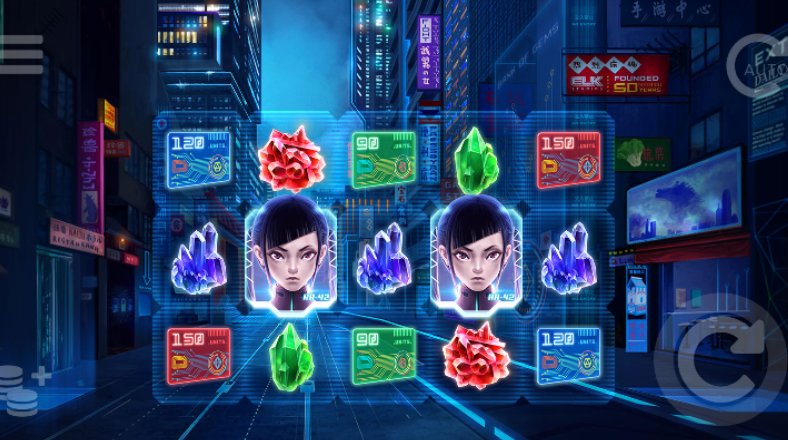 Among the symbols of the Kaiju slot machine there are only 6 ordinary symbols: multi-colored fantastic crystals and electronic cards of different values. However, let’s speak about some special characters and the opportunities they offer.

The design of the Kaiju slot has very high-quality graphics with stunning video effects in a futuristic style. The game screen is set against the backdrop of a Japanese city at night with huge skyscrapers and flickering advertising signs.

On the reels, you will find 6 symbols of multi-colored crystals (green, blue and red colors), as well as three electronic cards of different values. However, let’s talk about some special characters and the opportunities they offer.

The slot is suitable for playing on different devices. Users can download Kaiju to their mobile device or play the full version using a desktop. Whatever option you choose, you will see a traditional 5-reel playing field and 243 ways to create prize combinations. 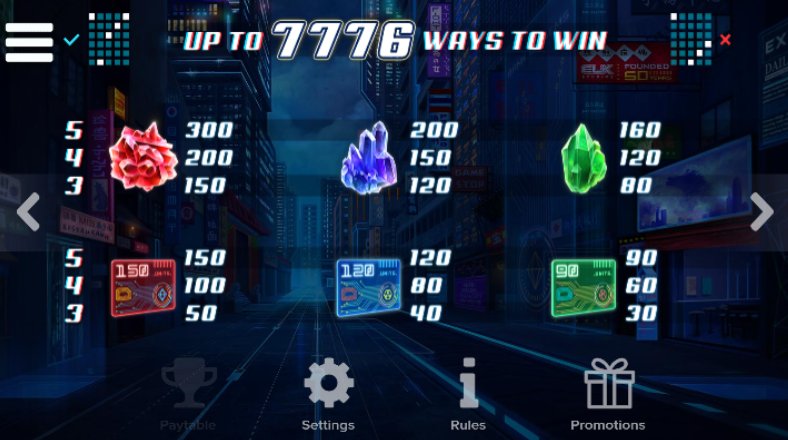 Initially, the game grid is presented in a 5×3 format. But during the playing process, the grid can turn into a 5×6 scheme. Before starting the spins, you need to set the bet by choosing the size and denomination. With the expansion of the field, 7,776 options appear for creating prize combinations

A picture with laser beams works as a Wild symbol that becomes active only during the period of the Vertical Laser mode. This function is triggered when 3 identical characters appear touching each other vertically or diagonally. Wild appears above them and helps to create additional combinations to get some wins. 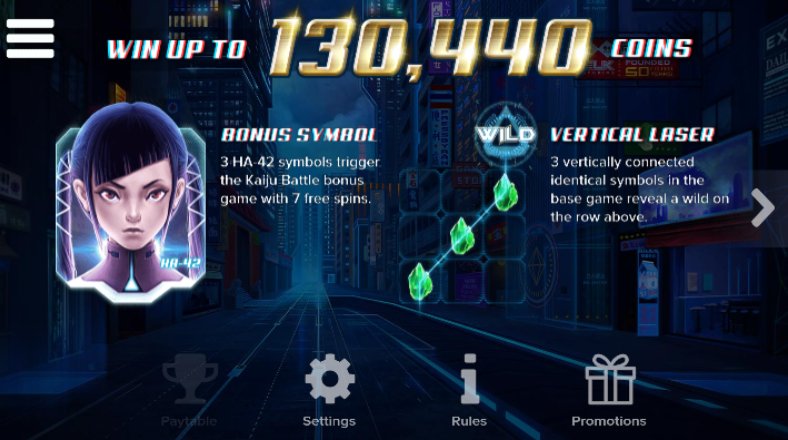 After taking special positions, the robots launch a battle round full of Free spins.

7 free spins start to operate. A random enemy (Kaiju) appears from multi-colored crystals — red, blue, or green. Any opponent has his own weak points. You need to hit with a vertical laser, located above the reels in 3 rows.

The main feature of the Kaiju slot from ELK is to expand the playing field. While playing Kaiju slot for free in normal play mode, with winning combinations, the Vertical Laser option will be activated and this will help to add a wild symbol in the expanding playing field. 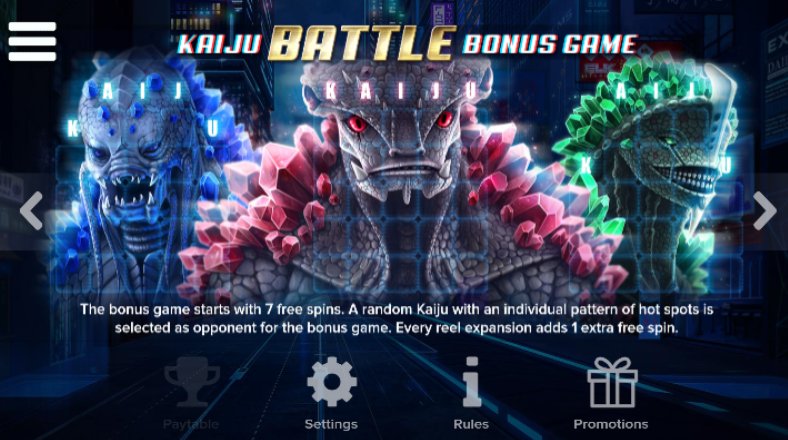 The main bonus mode is the Kaiju Battle Free Spins feature, in which you can activate 7,776 pay lines with sticky wilds. The Kaiju video slot provides a bonus round with several varieties that offer 3 free spins. A monster is randomly determined and the main character gets ready to fight with him. The last three columns of the game scheme are the vulnerabilities of monsters. 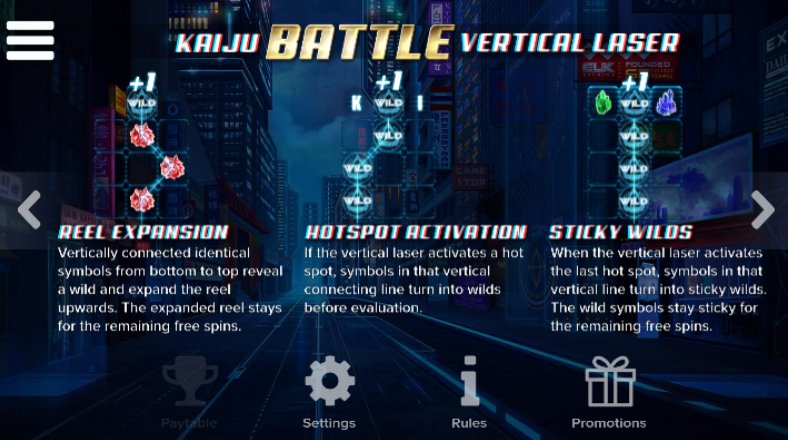 At first glance, the rules of the Kaiju slot may seem complicated. However, this is not so. It is a video slot with a nice design, an intriguing plot, the presence of special characters, and variable bonuses making you forget about everything. Skillfully used animation techniques give the gameplay a special flavor, so the confrontation with the forces of Evil promises to be terrific!