So many slot developers created games that are dedicated to fantasy worlds. Japan Technicals Games is not an exception. The company developed a Battle Dwarf slot machine with 3 reels, 5 active lines, and RTP of 96%.

The slot is about the fight between dwarves and monsters. Standing by the dwarves’ side, you can get big prizes if you defeat the monsters. There are 3 types of monsters who have different strengths. If you can beat more powerful monsters, you can get even more payouts. Here players can get some benefits from the slot feature and an Elf Bonus option — winnings may await persistent players.

If you are not ready to play for real money, it is always possible to test the slot game via demo version. This option is available on our website (usually at the top of the page). Thanks to the demonstration game, you can check the rules and features, figure the tricky things out, and learn something new.

The slot is based on step-by-step battles, as shown below and is full of exciting gameplay that includes bonus and treasure rounds. Would you like to go through the final fight or try it? Before playing Battle Dwarf, learn the slot characteristics in the Qyto review to understand what to expect.

While playing the slot machine, you can find numerous fantasy characters looking really gorgeous. For example, high-value symbols — brave white-bearded dwarf, dragon, troll, goblin, and low-value ones — we mean various weapons that include a hammer, an ax, a helmet, and coins. 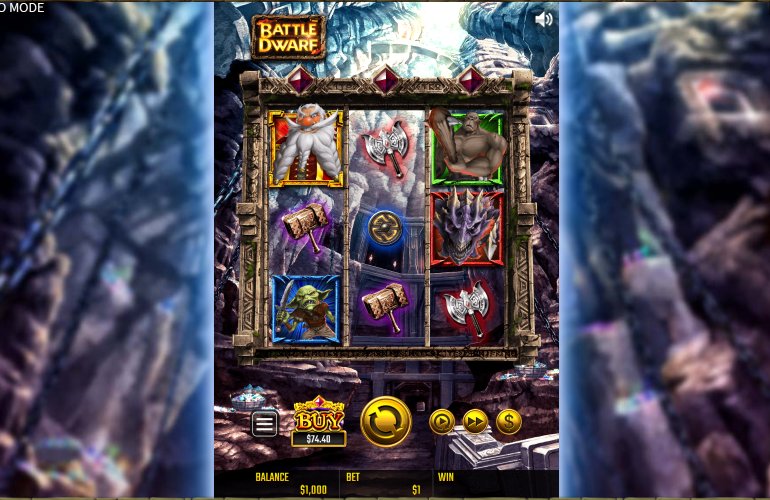 A battle symbol plays the role of scatter and when it lands on the reels, they are frozen and the Respin option is activated. If you receive three symbols like that in Respin mode, the battle mode will restart. By the way, you can purchase 3 battle symbols on the reels, as well as increase the bet using the Buy function. You can obtain up to 30 Free Spins — this depends on the symbols you are going to choose. These symbols are the following ones: 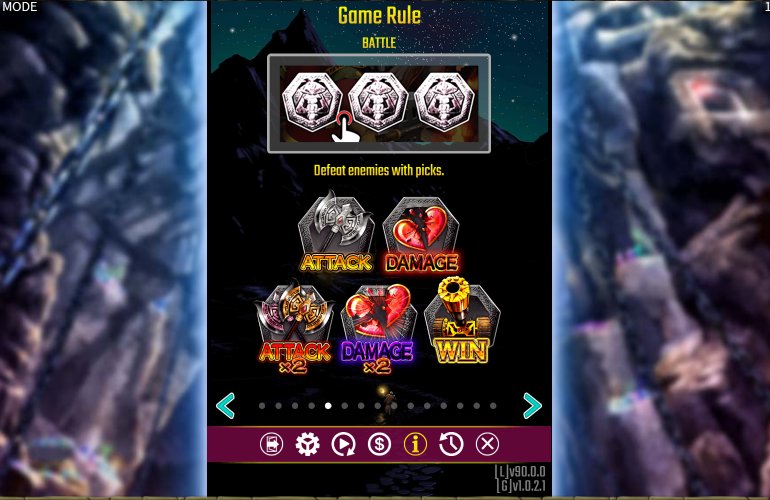 By clicking the big red button near to a beautiful elf, you will receive either a reward or a battle bonus and several additional spins. 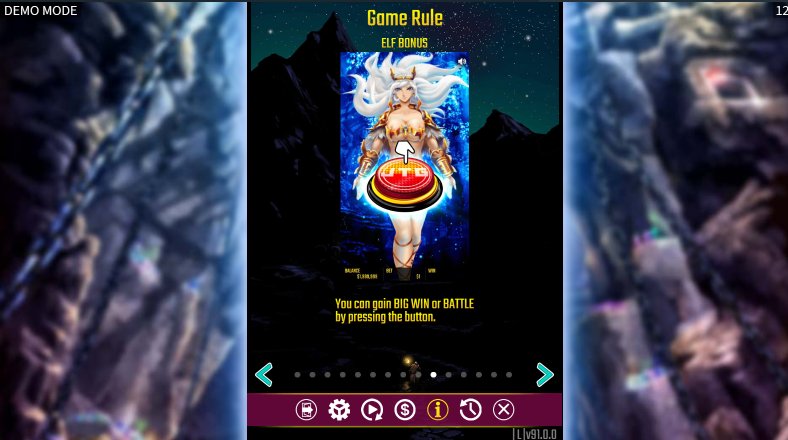 If you defeat the monster or choose Run to avoid the battle, you will launch the Free Spins mode called Treasure Rush. When three golden chests drop on the reels, you can receive about 10 Free Spins. 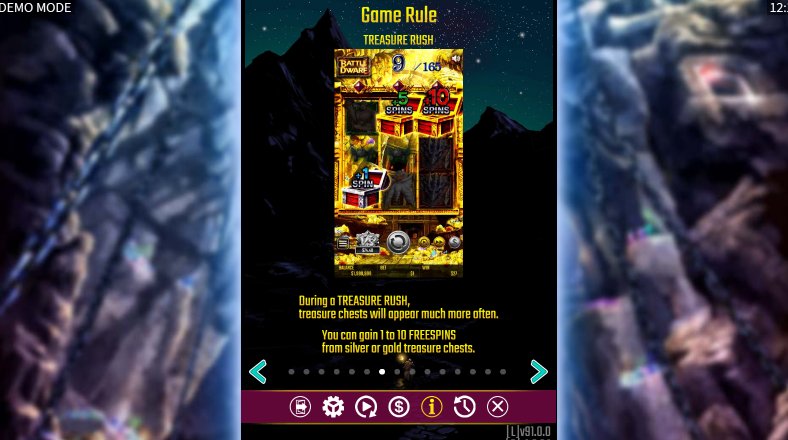 During this round, you will face only dangerous dragons on the reels. If the first battle with the dragon has already been confirmed as victorious. In other words, it is also confirmed that you can receive about 30 extra Free Spins. 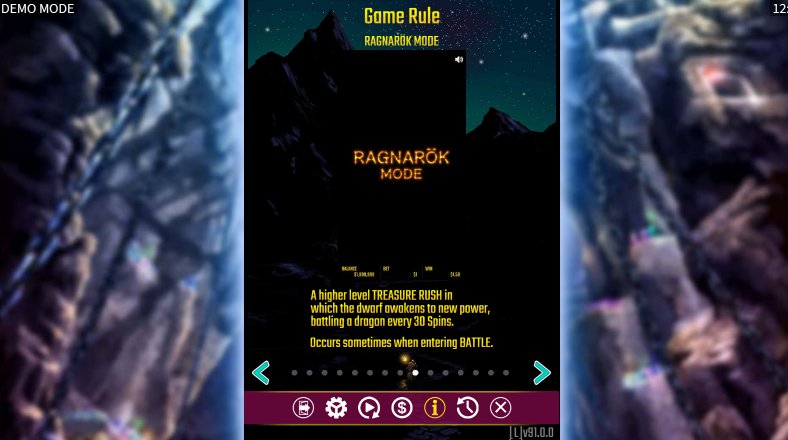 The Battle Dwarf video slot contains a lot of war elements that are not found in regular slots, so it is recommended for those who want to try something unusual during the playing process.

Within the gameplay, you can have a full-fledged battle that makes you forget that you are playing a slot, just like playing a war game. The graphics and sound are also very realistic, so try it out to make your own verdict! You may need to patiently play before entering the bonus round because there are only a few lines in the slot itself. However, as soon as you enter the bonus round, you can immediately gain great wins.